Alastair Bruce’s dystopian fantasy Wall of Days to be published in Spanish
More about the book! 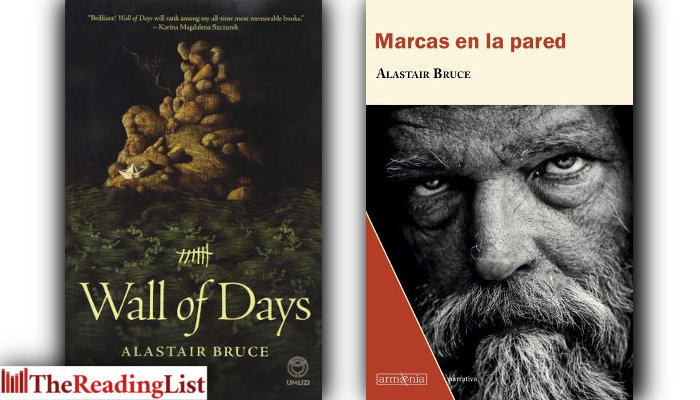 Alastair Bruce’s novel Wall of Days will be published in Spanish by Armaenia Editorial later in January.

Publisher Ricardo Lopez Fernandez, who aqcuired the title for Armaenia Editorial, describes the novel as ‘entertaining and thought-provoking’ and commends it for its ‘transparent and delicate writing, empathic character drawing, and plot twists’.

Wall of Days, published in English by Umuzi in 2010, is a compelling dystopian fantasy and a riveting mystery, and tells the story of a man called Bran, who has been living on an island for ten years in a world where almost all available land has been flooded. He was sent there in exile, and he marks the passing days on the wall of his cave. Until the day when something happens that kindles in Bran such memories and longing that he persuades himself to return to society, even if it means his execution. The novel is a moving parable about guilt, loss and memory told by a consummate storyteller.

Bruce’s second novel, Boy on the Wire, a haunting examination of guilt set in London and the Karoo, was shortlisted for the 2016 Sunday Times Barry Ronge Fiction Prize.

The author was born in Port Elizabeth, spending a large part of his childhood on a smallholding outside the city. He currently lives in the United Kingdom with his wife and two young children.

Read an extract from No Longer Whispering to Power: The Story of Thuli Madonsela

Charlie English chats about his new book, The Book Smugglers of Timbuktu