A must-read for aspiring writers: Nick Mulgrew’s open letter about the state of South African poetry
More about the book! 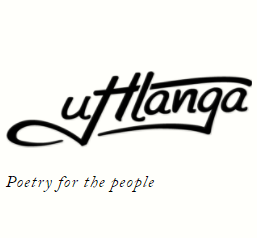 The press received over 100 poets submissions in English, Afrikaans, isiZulu and isiXhosa.

The open submissions period inspired uHlanga’s publisher, Nick Mulgrew, to write an open letter about poetry in South Africa,and what he believes writers could learn from his experience.

Mulgrew considers the significance of the fact that the vast majority of submissions were made in English, saying: ‘Although many writers are reticent to write in African languages, much of this reticence is down to a perceived lack of opportunities for publication or appreciation.’

Part 2 of the open letter, however, covers what he thinks writers must learn:

The vast majority of manuscripts that we will reject this period show little to no engagement with South African poetry. The average South African poetry book sells anything between 50 and 200 copies. Magazine subscriptions are also in this realm. We had around 200 writers register their interest in submitting their work to us. I have my reservations about whether the 200 people who submitted their work constitute the poetry book-buying public of Southern Africa.

It’s easy to read when someone doesn’t read. The same ideas and idioms, cliches and tropes, subjects and experiences, replay themselves over and over across many of the manuscripts we received. If some of these writers engaged with those who were writing in their close proximity, they would know that the poems that they write have already been written. They would know that the best writing often comes from a place of exact and specific context and subjectivity. They would know that poetic forms and techniques have specific uses; that some are old hat, and some are aching to be transformed in new ways.

To read the full letter, click on the link above.