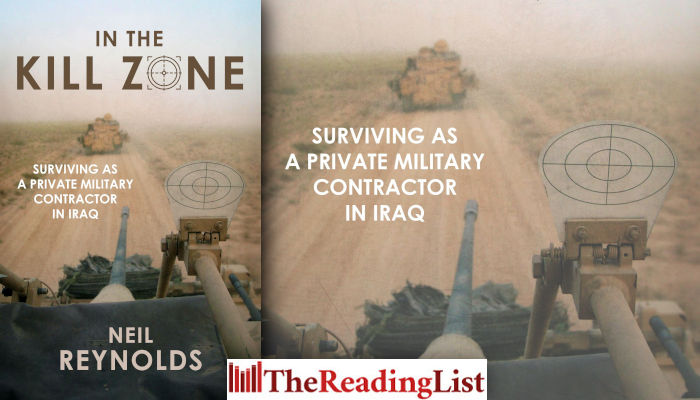 In The Kill Zone: Surviving as a Private Military Contractor in Iraq by Neil Reynolds is out in June 2018 from Jonathan Ball Publishers.

When Neil Reynolds was first asked in 2003 whether he’d like to work in Iraq as a private military contractor, he didn’t even know where it was on the map. But he would soon learn the ins and outs of working and surviving in one of the world’s most violent conflict zones.

Reynolds was part of one of the first groups of South Africans to start private military security companies in Iraq. His refreshingly honest account tells of all the numerous challenges they faced: from finding a safe hotel in Baghdad to being forced to buy guns on the black market and dodging bullets on several hair-raising protection missions.

He describes their successful low profile strategy where they tried to blend in with the local Iraqis in their choice of vehicles and clothing.

Reynolds also tells the tragic story of his four South African colleagues who were kidnapped and killed in Baghdad in 2006.

His candid observations and dry humour offers a unique perspective on the harsh realities of the life of a private military contractor.

Neil Reynolds was born and bred in Grahamstown where he matriculated from Graeme College in 1979. Called up to 7 SAI to start his national service, he volunteered to go to Infantry School and became an officer.

During the Border War, Neil served in the reconnaissance wing of 31 Battalion. He has written a book, Eye on the Enemy, about his time there. He retired from the army in 1999 and started working in the private security industry.