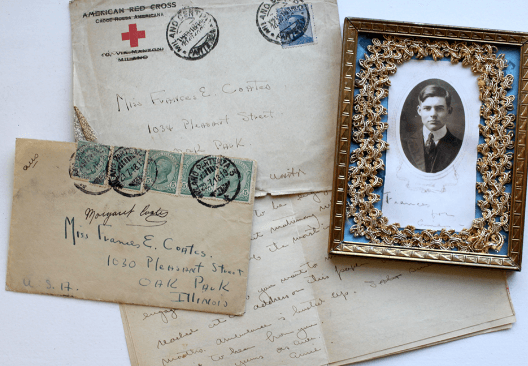 The Paris Review has reported on new 99-year-old letters from Ernest Hemingway to a woman named Frances Elizabeth Coates.

The two dated briefly, but Hemingway was infatuated with her. Almost no one, until now, knew of their history. The letters were in the possession of Coates’s granddaughter, and only recently surfaced.

“This is a really fascinating find,” says Sandra Spanier, a professor of English at Pennsylvania State University and general editor of the Hemingway Letters Project. “To find early letters like that—that’s extremely rare. It’s a fresh view of him. It would be of great interest to a future biographer.”

Spanier says the new letters bring Hemingway’s World War I experience “to light very vividly” and show a seldom-seen side of the budding author, since little material survives from that period.

“You hear him being flirtatious and kind of bragging, the way a teenage boy would. He’s trying to make her a little bit jealous,” she says. “But he’s also got this self-deprecating humor, which is quite charming. It’s a completely different voice from others we’ve heard in his letters.”

For more on the story, click on the link above.