Join Ebrahim Ebrahim for the launch of his new memoir Beyond Fear: Reflections of a Freedom Fighter (5 May)
More about the book! 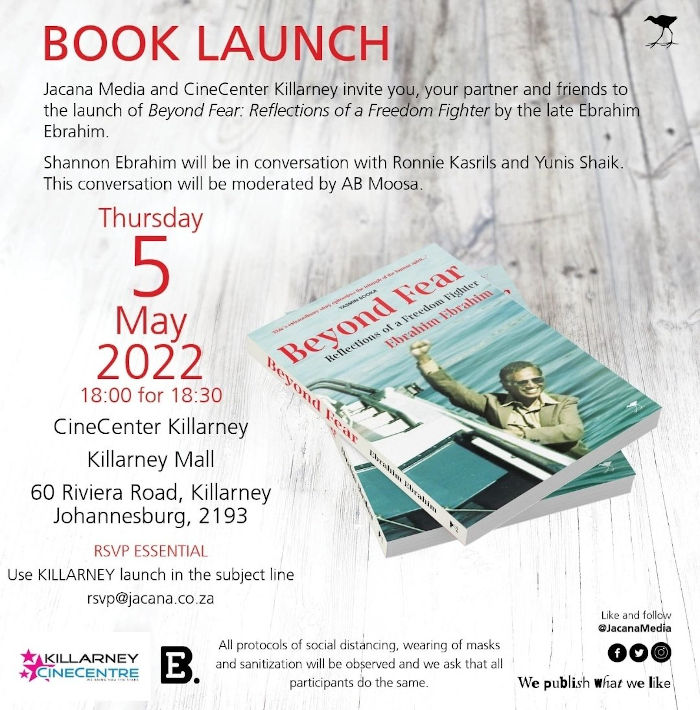 Jacana Media and CineCentre Killarney invite you to the launch of Beyond Fear: Reflections of a Freedom Fighter by Ebrahim Ebrahim.

Beyond Fear is the testimony of Ebrahim Ebrahim, a revolutionary among revolutionaries and one of the founding members of Umkhonto we Sizwe, whose poignant and inspirational account of his years spent dedicated to bringing down the apartheid state is told in ways we have not heard.

Here is a list of other launches that will happen for the book:

Join Shannon Ebrahim, partner of the late Ebrahim Ebrahim, and other panelists at any of the launches below. There'll be one close to you!

Please contact rsvp@jacana.co.za to RSVP, and indicate the launch you are RSVPing for by including the venue in the subject line. pic.twitter.com/zQ8IZ6bwFT